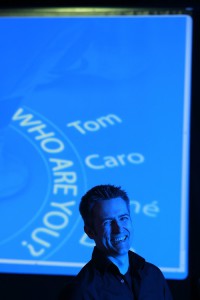 Patrick Baudisch is a professor in Computer Science at Hasso Plattner Institute at Potsdam University and chair of the Human Computer Interaction Lab. His research focuses on natural user interfaces and interactive devices, including miniature mobile devices, touch input, interactive floors and rooms, and most recently interactive fabrication. Previously, Patrick Baudisch worked as a research scientist in the Adaptive Systems and Interaction Research Group at Microsoft Research and at Xerox PARC. He holds a PhD in Computer Science from Darmstadt University of Technology, Germany and was inducted into the CHI Academy in 2013.